Christopher Buxton » About Me » About Chris 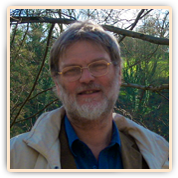 A child of loving parents –a Theatre Director and Actress- always on the move, I was dispatched to a Boarding School run by Catholic priests. This was in every sense an enriching and painful experience, fuelling a fascination and fear regarding organised religion in both its spiritual and physical aspects.

Escaping the Monastic world, I entered the 60s, got a degree in English and American Literature but failed the crash course in opposite sex relationships. I took the view that the solution to heartache was in paid travel – so I went to work as a teacher in first Portugal, then Norway.

Portugal was at that time a right wing military dictatorship, where I was followed openly by the secret police. Norway was the ultimate social democracy – so it made sense to try a communist country. At least, I thought, I would have tried every political system.

I had learnt to play the guitar in order to attract the opposite sex. It worked as far as my friends were concerned and I provided many a musical accompaniment to romantic interludes – none unfortunately directly involving me. However I developed a strong interest in folklore in each country and through folklore, my fascination for history was re-awoken.

Bulgaria was to be my last European destination before South America, but in Bulgaria I fell in love across a Ping Pong table in a club created to keep an eye on foreigners. Annie and I endured some testing difficulties, provided by governments trying to protect their citizens from the perceived damage of cross fertilization. But in spite of bureaucracy we passed the sanity and physical health checks and got married in Pomorie. I even passed my parents’-in-law salty Moussaka test.

A young couple became a family with the birth of our daughter, Malinna. I will never forget the December thrill of standing in the cold snow with other fathers outside the Maternity home, while my wife dropped instructions from a fifth story window.

It was the time of Lyudmilla Zhivkova, 1300 years and 35 of them and Every Sunday. All Bulgarian films seemed to have the word love in them. There was a definite lightening in the atmosphere, and a cheer for Chinese toilet paper.

I became fascinated with my new wife’s country and culture, learnt the language and read voraciously; feeling frustrated at the lack of any history books dealing with events before the birth of Georgi Dimitrov. While in Bulgaria I wrote a play featuring a meeting between Harald Hardrade, Michael Psellus and two grandchildren of Tsar Samuil.

In 1980 we came to live in Essex, where we have worked as teachers in schools and colleges. There our second child, Ivan David Vladislav was born.

Over years, my wife and I have provoked each other into more and more research into Bulgarian history and folklore. We have two children and currently work as teachers in Essex, England.

I am now proud to announce that after years of painstaking research my wife Annie Buxton has published her first book on Kindle. Click on cover for link. 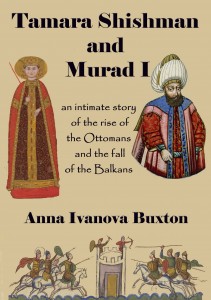